?
The item is currently out of stock and replenishment is unconfirmed.
Free Shipping
When you spend RM174.40+
We Recommend: 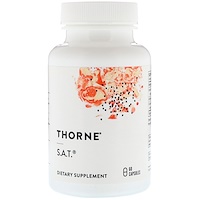 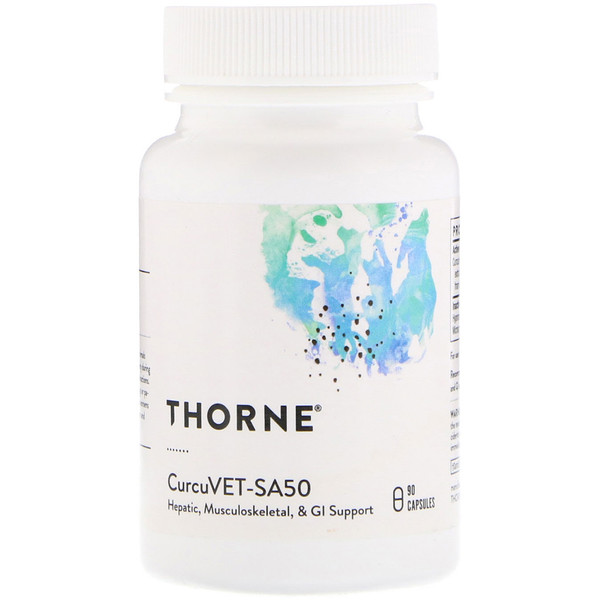 CurcuVET-SA50 is curcumin formulated to help maintain the normal inflammatory response in the GI tract, liver, and musculoskeletal system of cats and smaller dogs. CurcuVET-SA150 is for medium-to-large dogs.

Curcumin, the orange pigment in turmeric (the primary ingredient in curry), is a powerful antioxidant that offers numerous benefits for joint health, hepatic support, gastrointestinal health, and cardiovascular function because it helps to maintain the animal's normal cytokine balance. However, in both humans and companion animals, curcumin is poorly absorbed into the bloodstream. CurcuVET, a unique and patented curcumin extract available exclusively from ThorneVET, is a significantly better-absorbed form of curcumin than other forms of curcumin. Studies have demonstrated that CurcuVET supports a healthy inflammatory response in cats and dogs; for example, a recent European study found that CurcuVET was effective in helping to maintain a healthy cytokine balance in dogs. CurcuVET-SA50 is formulated for cats and smaller dogs, and Curcuvet-SA150 is intended for medium-to-large sized dogs.

In numerous animal studies, curcumin has shown the ability to help maintain healthy intestinal mucosa under various adverse conditions. Among the effects noted in the various trials have been decreased nuclear factor-kappaB, nitric oxide, and free radicals in the colonic mucosa.

Curcumin's liver-protective effect is due in large part to its ability to scavenge free radicals. But curcumin also enhances the animal's natural antioxidant system by increasing the level of glutathione, thereby aiding in liver detoxification and inhibiting nitrosamine formation.

Scientists at Indena S.p.A., the worldwide experts in botanical extract technology, uncovered the key to curcumin absorption – phytosome technology. Phytosomes are plant extracts bound to phospholipids, which are essential components of all cell membranes. When taken orally, phospholipids are very well absorbed. So by attaching a curcumin molecule to a phospholipid, the curcumin can be carried across the cell membrane for superior absorption.

A 2007 study published in the journal,Cancer Chemotherapy and Pharmacology, demonstrated the superior bioavailability of curcumin phytosome (as Meriva, the CurcuVET equivalent for humans) compared to ordinary curcumin. In particular, liver levels of curcumin were higher with this form of curcumin supplementation. In a more recent, randomized, single-blind, crossover study in nine humans, total curcuminoid bioavailability measured in the blood was about 29 times higher for Meriva than for a conventional turmeric extract.

For animal use only. Keep out of the reach of children and animals. In case of accidental overdose, contact a health professional immediately.

Cautions: Safe use in pregnant animals or animals intended for breeding has not been proven. Safety during nursing has not been proven. Potential drug interactions. Do not use in high doses with anticoagulant drugs or patients with stomach ulcers. If animal's condition worsens or does not improve, stop product administration and consult your veterinarian. May be GI irritant.