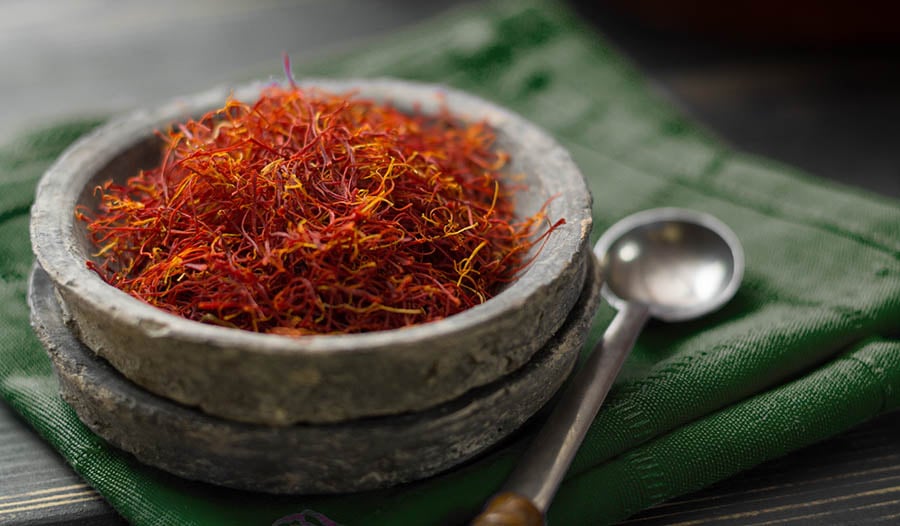 Limited effectiveness, safety problems, and high costs of many psychotropic medications have resulted in an urgent mandate for safer, more effective and more affordable treatments of mental illness. After decades of research and billions of dollars of industry funding, the evidence supporting widely used pharmacologic treatments of major depressive disorder, bipolar disorder, schizophrenia, and other psychiatric disorders is not compelling. These issues have led increasing numbers of individuals with mental health problems to seek treatment from complementary and alternative medical (CAM) practitioners, including Chinese medical practitioners, naturopathic doctors, herbalists, chiropractors, homeopathic physicians and others. In the context of growing interest in integrative mental health care, saffron is emerging as a promising approach for a variety of neuropsychiatric disorders.

Saffron and Treatment of Many Neuropsychiatric Disorders

Saffron (Crocus sativus) has a long history of traditional use in Persian and Chinese medicine for its aphrodisiac, expectorant, antispasmodic, antiseptic, and cognitive enhancing effects. Accumulating research findings from human studies support that saffron has shown beneficial effects in a depressed mood, Alzheimer’s disease and attention-deficit hyperactivity disorder (ADHD). Findings from animal studies suggest that saffron may also have beneficial effects in individuals diagnosed with anxiety disorders, schizophrenia and obsessive-compulsive disorder (OCD). The bioactive constituents of saffron may increase reuptake inhibition of dopamine and norepinephrine and may function as both N-methyl D-aspartic acid (NMDA) receptor antagonists and GABA-agonists. The balance of this short article is offered as a concise review of research findings on saffron in a depressed mood, Alzheimer’s disease (AD), attention-deficit hyperactivity disorder (ADHD).

The antidepressant benefits of saffron may be due to multiple mechanisms including its serotonergic, antioxidant, anti-inflammatory, neuroendocrine and neuroprotective effects. A systematic review of 6 placebo-controlled studies on saffron in mild to moderate depressed mood concluded that saffron and antidepressants have comparable efficacy. A 2019 meta-analysis that included 11 placebo-controlled studies (Total N >500) on saffron in individuals with mild to moderate depressed mood concluded that saffron was statistically significantly superior to placebo and had equivalent efficacy to SSRI antidepressants (fluoxetine, citalopram). There were no differences in the incidence of adverse effects in response to saffron vs placebo, even in studies where high doses of saffron were used (up to 1.5 mg/day). All studies included in the meta-analysis were conducted in Iran where saffron is traditionally used to treat depressed mood and a variety of medical conditions. Further, many patients had medical comorbidities. Both factors that may have biased outcomes. Large placebo-controlled trials by independent research groups are needed to confirm these findings and to determine the optimal dosage and duration of treatment. Emerging findings suggest that curcumin (from Turmeric) has antidepressant effects both as a monotherapy and as an adjunct to antidepressants. It has been suggested that combining curcumin and saffron may result in synergistic antidepressant benefits. In a 12-week double-blind placebo-controlled study, individuals diagnosed with major depressive disorder randomized to a low-dose curcumin extract (250mg BID), high dose curcumin extract (500mg BID) or combined low-dose curcumin plus saffron (15mg BID) experienced comparable and significant improvement in mood compared to placebo. More studies are needed to determine whether different dosages of these herbal products yield differential antidepressant responses.

Cultivation and harvesting of C. Sativus is labor intensive requiring hundreds of hours of hand-picking of the stigmas from thousands of flowers. A consequence is a high cost and limited availability of quality saffron on the world market. In efforts to find a higher yielding, less expensive source of C. Sativus, researchers extracted several active constituents from the corms of C. Sativus and investigated their effects on a behavioral model of depressed mood in mice. The researchers identified two bioactive fractions that may have antidepressant efficacy equivalent to saffron derived from stigmas. Placebo-controlled clinical trials are needed to confirm this finding in depressed humans.

Stimulants such as methylphenidate and others widely used to treat ADHD cause adverse effects such as insomnia, decreased appetite and abdominal pain. Stimulants and other pharmacologic treatments of adulthood ADHD may be only half as effective as they are in children. Widely shared concerns over these issues have led to studies on promising natural products and other complementary and alternative (CAM) modalities.

The bioactive constituents of saffron may increase reuptake inhibition of dopamine and norepinephrine and may function as both N-methyl D-aspartic acid (NMDA) receptor antagonists and GABA-a agonists. Both mechanisms are believed to mediate beneficial effects on symptoms of inattention. Findings of a 6-week randomized double-blind study on children and adolescents diagnosed with ADHD showed equivalent efficacy of saffron (20 to 30mg/day) and methylphenidate (20 to 30mg/d) on parent and teacher symptom rating scales. This finding should be regarded as preliminary pending confirmation by a large, long-term placebo-controlled study.

Emerging research findings are substantiating long-standing claims from traditional medicine that saffron improves cognitive functioning in healthy individuals and may reduce symptoms of cognitive impairment in Alzheimer’s disease (AD). The cognitive enhancing effects of saffron are believed to be mediated by both antioxidant and anti-amyloidogenic activity. Findings of placebo-controlled studies on saffron in AD report consistent cognitive benefits. In a 22-week placebo-controlled trial 55 individuals with mild to moderate AD randomized to saffron (15mg twice daily) vs donepezil (5mg twice daily), a widely prescribed cholinesterase inhibitor, showed equivalent improvement in measures of behavior and cognitive functioning based on standardized symptom rating scales. The high rate of comorbidity of depressed mood in AD makes saffron a reasonable choice in this population.

In addition to its beneficial effects in depressed mood, Alzheimer’s disease and ADHD, emerging findings from animal studies suggest that saffron may have beneficial effects on symptoms of anxiety and psychosis and obsessive-compulsive disorder (OCD). However, to date human clinical trials have not investigated the efficacy of saffron in any of these disorders. The mechanism or mechanisms by which the bioactive components of saffron mediate anti-anxiety, antipsychotic and anti-obsessional effects have not been elucidated but may involve modulation of both the GABA-A and NMDA neurotransmitter systems.

The limitations of available conventional treatments of mental health problems are stimulating research on a range of complementary and alternative (CAM) treatments. Among other nonpharmacologic modalities, interest in saffron as a treatment of neuropsychiatric disorders has increased in recent years. Research findings support that saffron has significant antioxidant and neuroprotective effects and is a safe and effective treatment of mild to moderate depressed mood, and mild to moderate Alzheimer’s disease. A recent study suggests that saffron has comparable efficacy to stimulant medication in the treatment of ADHD. Preliminary findings from preclinical animal studies suggest that saffron may have significant anti-anxiety, antipsychotic and anti-obsessional efficacy. Large, long-term placebo-controlled studies are needed to confirm the above findings and determine optimal dosing strategies, and investigate safe appropriate uses of saffron in combination with other natural products and psychotropic medications.

Dr. Lake is a Board-certified psychiatrist and clinical assistant professor in the Department of Psychiatry and Behavioral Medicine at the University of Arizona College of Medicine. He founded and chaired the American Psychiatric Association’s Caucus on Complementary Alternative and Integrative Medicine, has authored five textbooks on integrative mental health care and contributes regularly to the Psychiatric Times. His publications include a series of 10 concise guides on the integrative management of mood and psychological disorders that have recently been revised and updated. His most recent book 'An Integrative Paradigm for Mental Health Care: Ideas and Methods Shaping the Future,' was released in May 2019 and is available in e-book and print, on Dr. Lake's website http://progressivepsychiatry.com.
Previous Article
Top 3 Healthy Fats To Incorporate in Your Diet
Next Article
Bone Broth Farro and Lentil Bowls 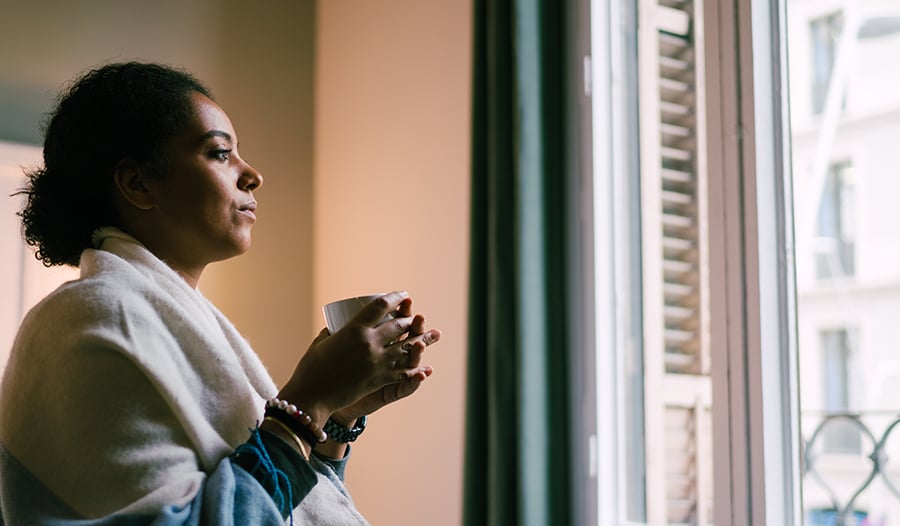 Common symptoms of a sore throat include redness, swelling, irritation, and scratchiness. While sore throat treatments depend on the cause, there are several natural approaches to take in the case of viral throat infections. 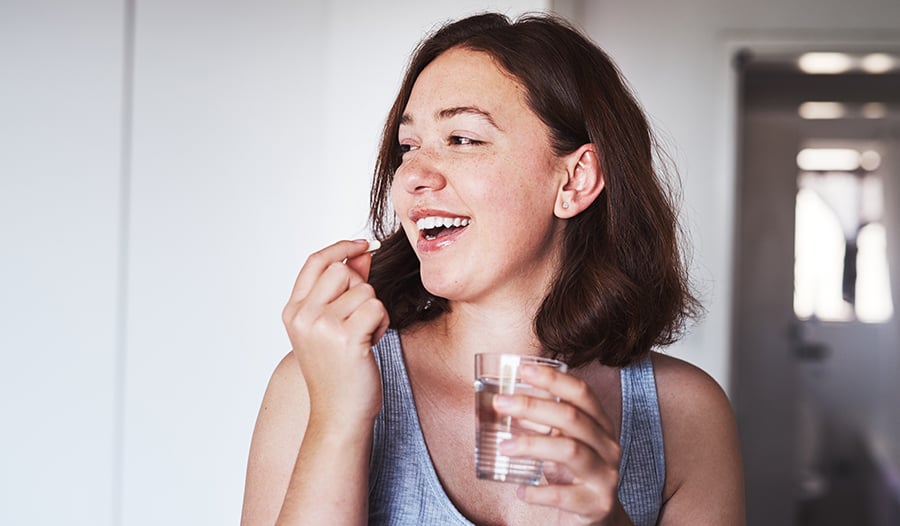 Zinc: The Gatekeeper of Immune Function

Zinc serves a vital role in many immune system reactions. In particular, zinc is critical in the function of the thymus gland, white blood cells, and our innate immunity. 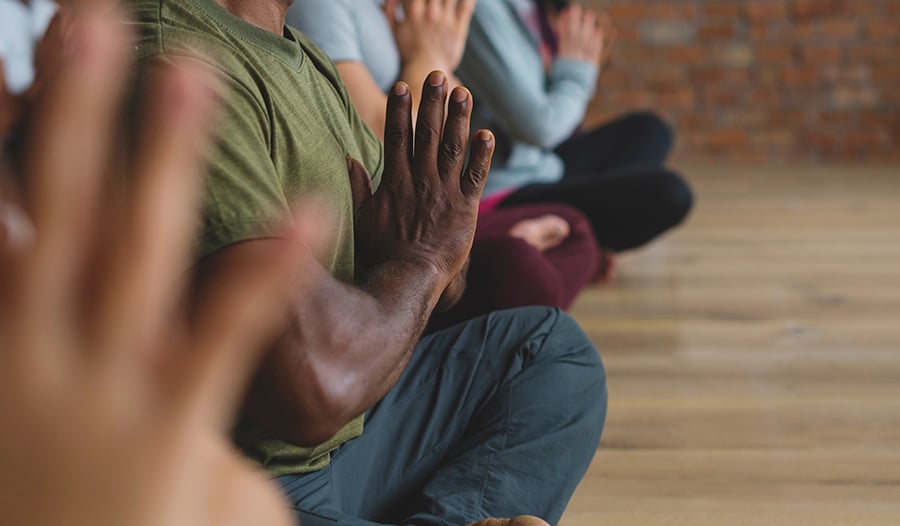 Finding healthy and productive ways to manage stress is crucial for overall well-being. In addition to managing a healthy diet and lifestyle, the following herbal supplements, minerals, vitamins, and essential oils may also be beneficial.